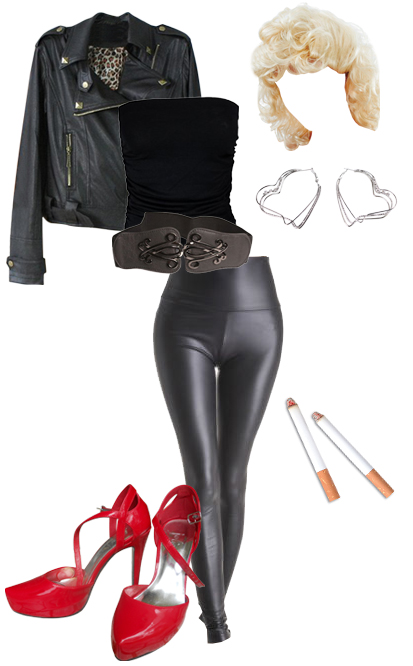 My husband and I don’t usually celebrate Halloween but this year we were invited to a Halloween house-warming and I was excited to dress up. My husband is not so keen on the costumes so I wanted to make it something really easy and inexpensive for us both. I decided on going as Sandy and Danny from Grease. He already had jeans and a white tee and he had been wanting a leather jacket for awhile, so I figured this was a good excuse for him to get one. We searched and ended up buying a jacket for him off General Pants Online but it ended up too small so we took it back, meaning we didn’t have a jacket for him on the night. I also bought him a wig for good measure but again that didn’t really work out as the wig looked terrible, not particularly Grease like either and was itchy for him so he just gelled his hair. That was him sorted! For me, I already had most of the things I used in my costume as well. I’ve included them all below for you

This costume could have been cheaper if I’d settled with my black skinny jeans instead of buying leather pants and if you have long blonde hair, you don’t need the wig. I also ended up adding a slit throat and some bruises to my costume with fake skin, congealed blood and make-up. It’s totally up to you if you want to make Sandy a zombie or not. I totally ended up with fake blood all through my blond wig by the end of the night though. Either way this makes for an awesome and easy costume. If you are looking for other costume ideas I have also done similar posts on a Poison Ivy costume and an Ancient Egyptian Costume. Happy Halloween Everyone 🙂 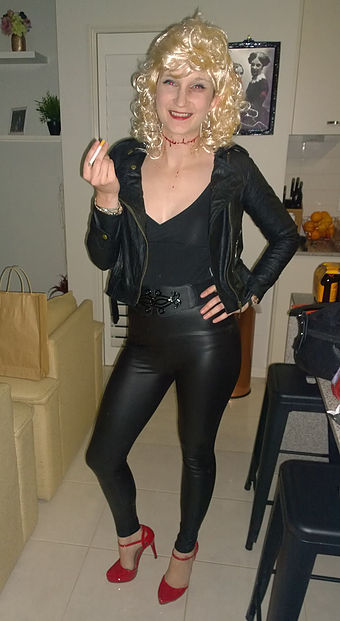 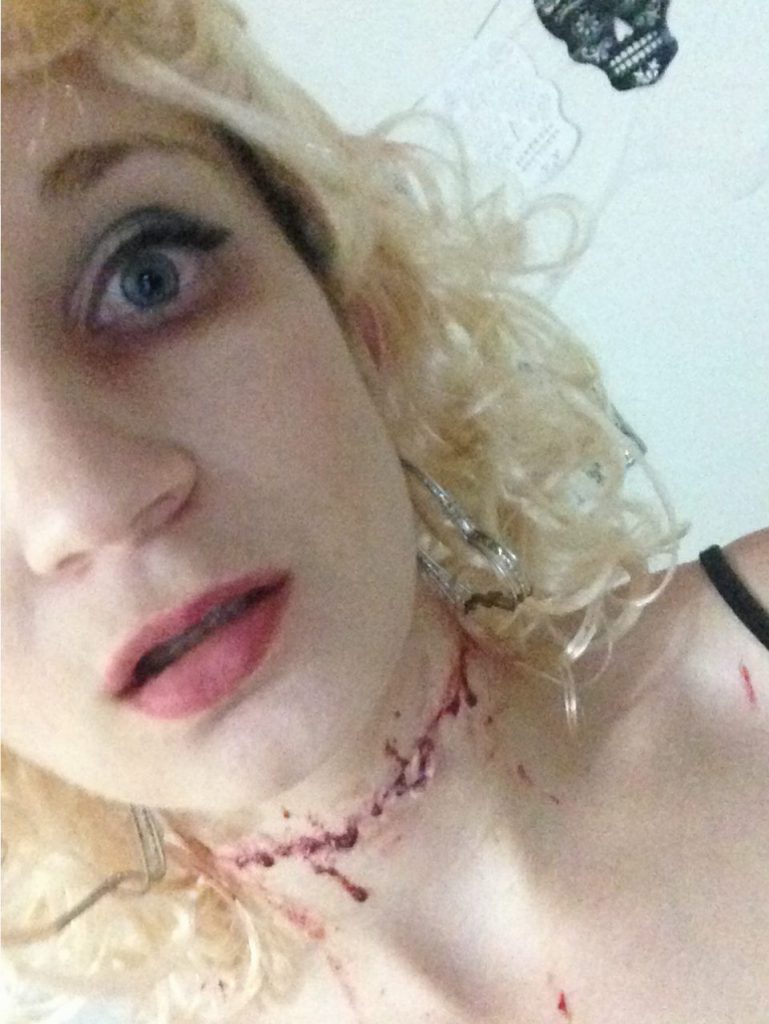