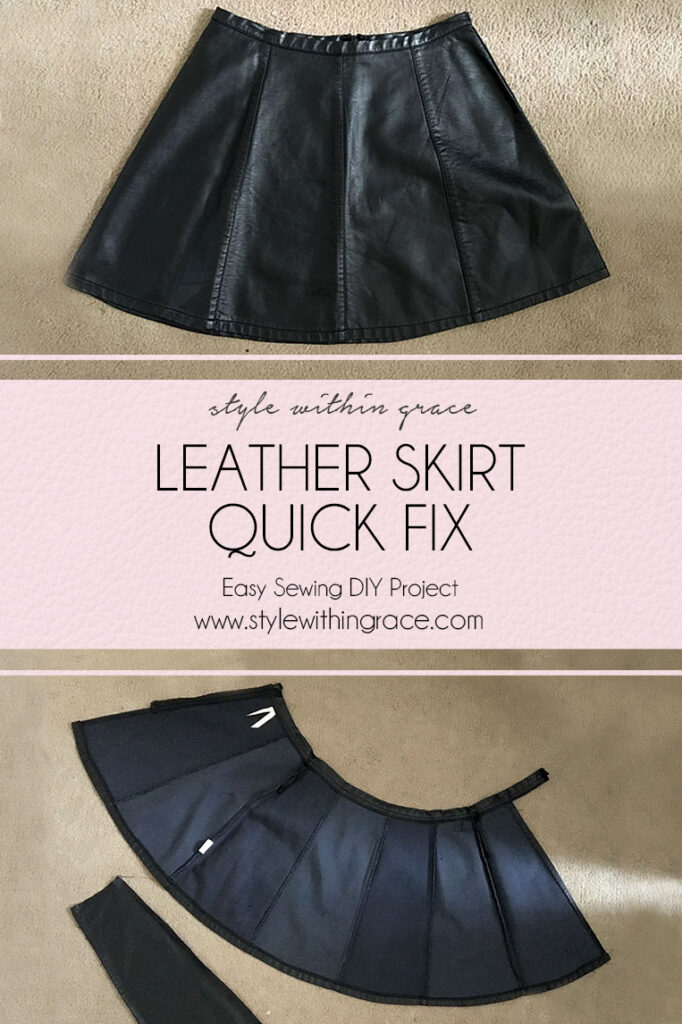 I’ve been wanting a leather skater skirt for quite some time now after saving quite a few outfits from Pinterest with just such a piece, so when I spotted this cute skirt at a thrift store for a few bucks I thought it was a great buy. My biggest problem when thrift shopping though is, I never try stuff on because usually I’m either on my way to work but have extra time to spare or I’m wasting time before I’m off to some other event which usually means I’m all dressed up  and don’t want to waste time undressing to try things on.

This is a bad habit that I need to get out of because it often leads to me finding things are either too big or too small when I put them on, even though they looked just fine on the coat hanger. This is not such a big deal for some items which are easily altered but this leather skirt with an invisible zipper was a little more tricky then I was used to. I’m not sure if you know but if you make a mistake on leather the holes are there forever! 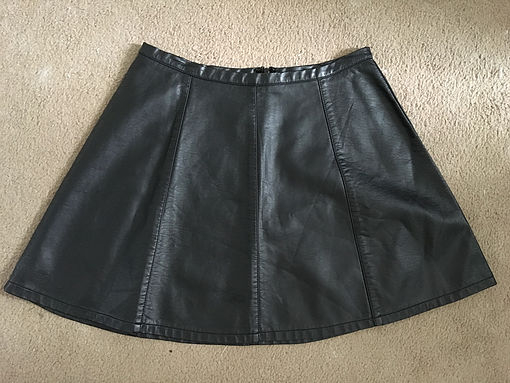 The skirt was made of panels which just happened to be the exact amount I needed to take in. I figured all I had to do was unpick and get rid of one panel and then sew it all back together… Simple! So I unpicked the one at the back next to the zip along with part of the waist band, which was relatively simple until I went to try and put it back together again. The whole each panel has it’s own seam thing kind of through me off but I got there in the end, although I wouldn’t say I did a great job. 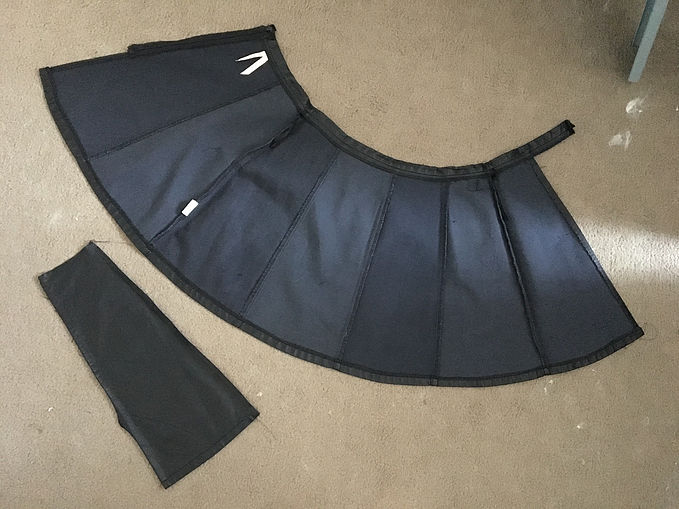 Eventually I puzzled out how to pin it back together. But then I sewed it together with a hole at the bottom of the zip. Whoops! That would not do, so I had to unpick it all over again. The second time I tried to sew it, I ran out of bobbin thread half way through. Third time was a charm or at least it was good enough for my standards. I was quickly running out of patience.

You would have to look at it really closely to see the dodginess. That’ll do kid, that’ll do. I then fiddled round with the waist band until I managed to get that tucked away as well. I class it as a successful endeavour, while it was the best quality sewing I learned a few things a) stick to the easy refashions for now and b) try, try, try again. I’m not going to give you any more details on how I did it then that because I’m sure most of you could do a better job lol. 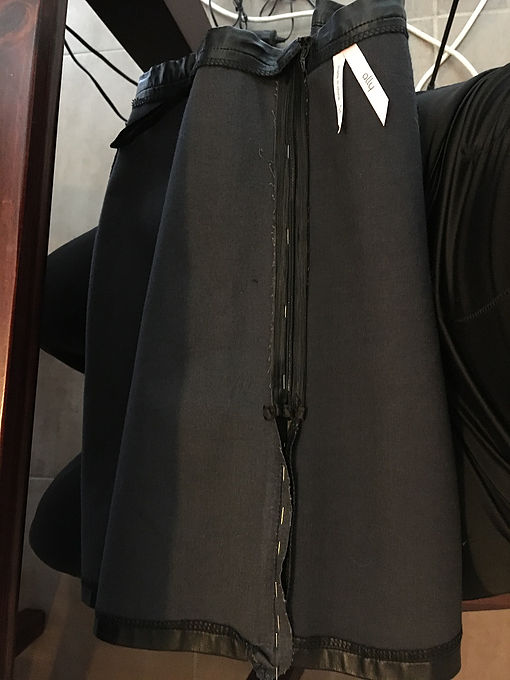 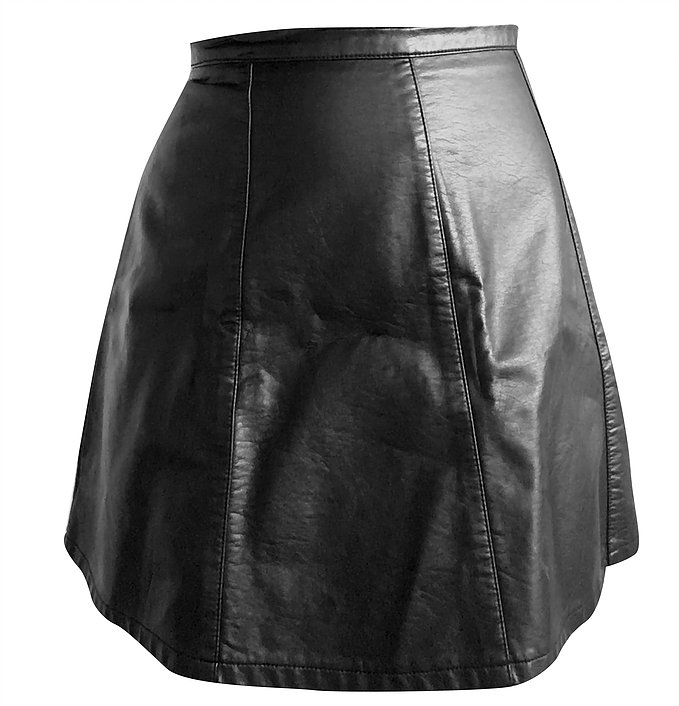 And on to something that is slightly more my expertise… how to style! There were so many great ideas on Pinterest that I had already saved. All ready to create once I had gotten my act together and taken the skirt in. It was just a matter of choosing which look to try first. I settled on something casual and slightly warmer. I knew that I wouldn’t get much chance to try it once it got really warm here. If you are following on my Instagram page you would have seen it the day I wore it. I think I’ll probably do a “How to Wear a Leather Skirt” post in the future. Just a very basic idea for today. 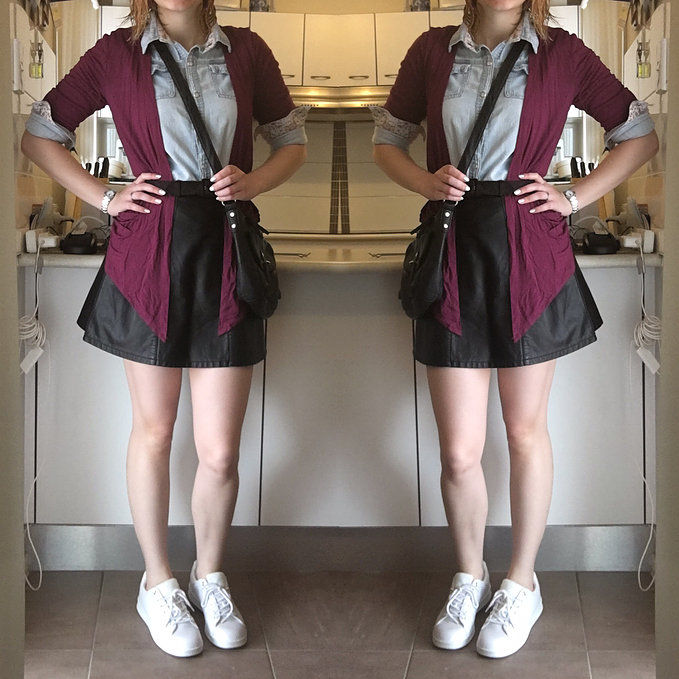 Shop for the Look:

Hope your refashioning endeavours are more successful then mine.