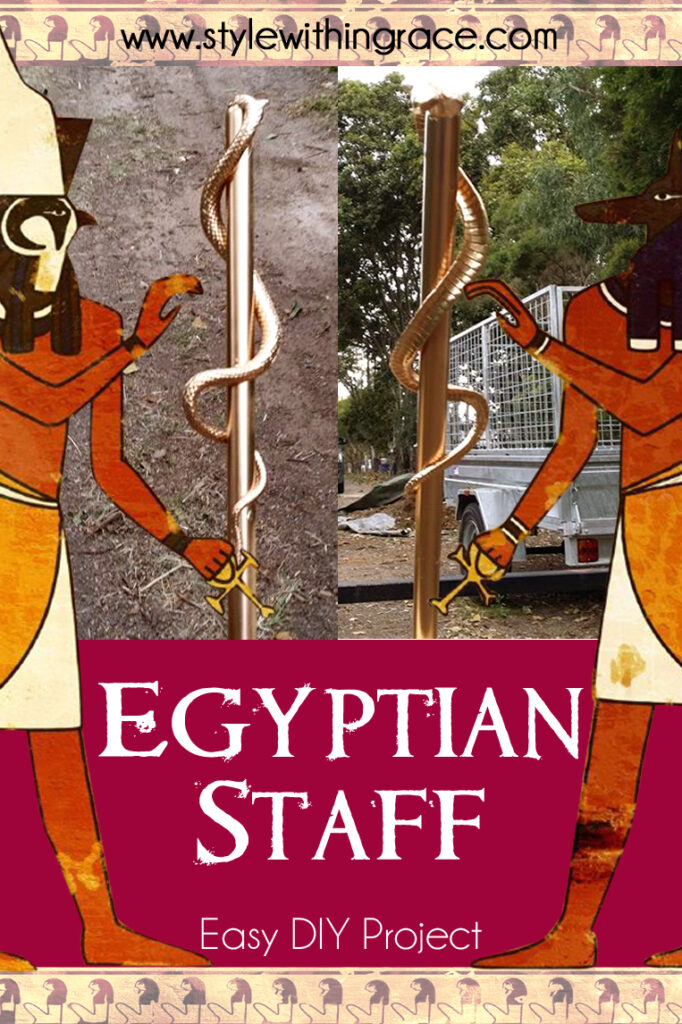 My dance performance night has come around again and this time the theme was Ancient Egypt. Along with the Egyptian fan, we also made an Egyptian staff to make our entrance even more striking.  Again I looked at buying one but in the end I was sure I could DIY a better one for less money. Here’s how we did it.

Glue snake to top of the pole. Twist it around the pole, making sure the head pops up at the top. This ended up being more difficult then expected as a) finding a snake that bends enough was hard and b) apparently hot glue is not strong to hold it on. We glued it on but it just came back off again. We ended up cable tying it to the pole in three points along the snake. Doesn’t look great but not very noticeable from the audience and we were running out of time.

Spray paint the staff. Take outside and use gold spray paint to paint the entire thing. Let it dry in the sun, which should only take a few hours. If drying in the shade it will take a fair bit longer. Again this was harder than expected as the rubber snakes didn’t hold the spray paint very well and never dried, even after trying to seal it. I think we probably should have sealed it before the gold spray paint. We were just extra careful come performance night not to hold the staff where the snake was lest we end up with gold hands. 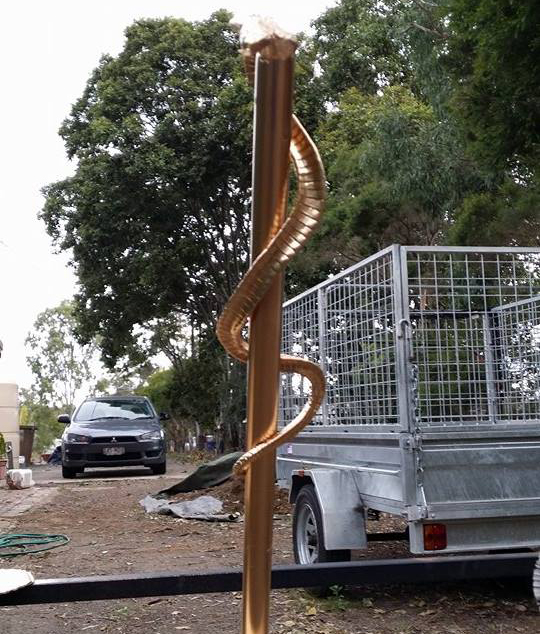 Glue gems. The plan was to glue small round red gems onto the snakes eyes but as the hot glue didn’t work particularly well keeping it on the pole we never got to this step. 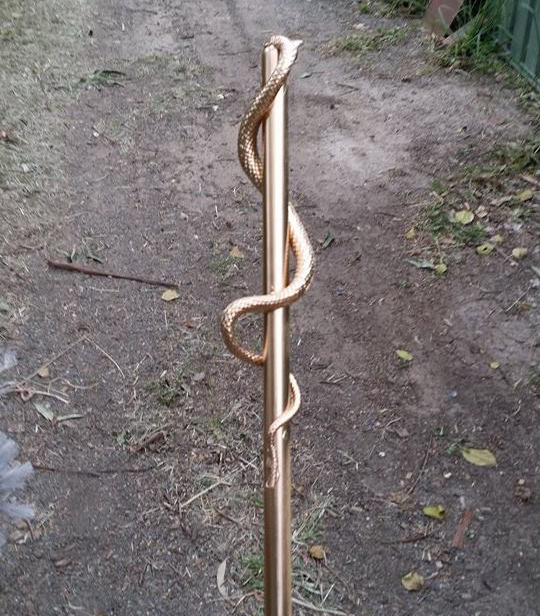 Let everything dry and it’s that simple! You have yourself an awe-inspiring, pharaoh-worthy, Egyptian staff…. is what I was going to say, but this project was rather a flop. If any of you have tried this kind of project and succeeded in ways we didn’t please let me know how you went about it instead.